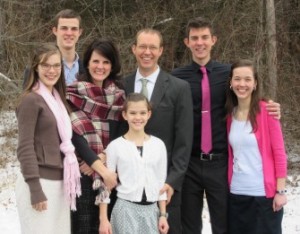 Pastor Weberg was born into a Christian family in southern Minnesota, and was saved at the age of three, when his mother presented to him John 3:16, substituting his own name for “whosoever.” Though he grew up attending a Christian school, ministry was not his focus, until as a junior in high school, he required knee surgery after a soccer injury. Sidelined from an entire season of basketball, he realized that sports had become his god. Following surgery and several months of therapy, he went with his youth group on a mission trip. It was during that week that he realized the joy of Christian ministry and surrendered to a life of full-time Christian service. Since then, God has led him to the pastorate, serving three years as a youth pastor in central PA, and as senior pastor of Valley View Bible Church since March of 2008.

Ryan, and his wife, Colleen, are the proud parents of five children: Kyle, Caleb, Kimberly, Caressa, and Kailey. Pastor Weberg earned both his M.Div. and Th.M. from Calvary Baptist Theological Seminary. 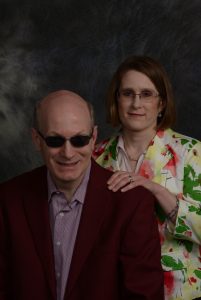 Dan was blessed to be born into an active church-attending family in western PA, which tried to be in church every time the doors were open. During one of those times, at the age of eight, he accepted Christ as Savior through the saving grace of Jesus. He has been actively serving in various capacities through the years as the Lord has moved him around to different areas in the US. The Lord gave him the opportunity to go on two mission trips and serve as a short-term missionary in the Philippines. A few years later, he met Heather, and they married. The Lord used a change in employment to bring him to them to the region, and thus, to Valley View. He is thankful to use his God-given talents in the work of the ministry. 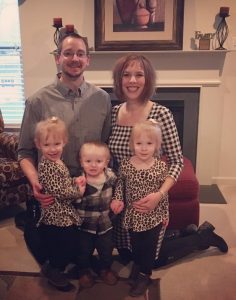 Jon was raised in a church-attending family, but it wasn’t until a youth/teen retreat when he realized the weightiness of his sin and his need for salvation, only made possible by the amazing grace of Jesus’ work on the cross on his behalf, that he accepted Christ as his Savior.  After relocating for an employment opportunity in electronics engineering, he plugged into local Bible studies, which ignited his hunger to dig into God’s Word.  A few years later, he married Erica; and as an answer to many prayers, they were blessed with twin daughters: Daphne and Zoey.  A little over a year later, another blessing of a son, Wesley, was added to their family.  Jon is thankful for God’s patience as he strives to live out his faith in everyday life.